The key question: What is it in IBM Domino 10 that will bring new customers?

It is going to be a hard, uphill battle for IBM if they are really willing to push IBM Notes and Domino again. The #Domino2025 initiative looks appealing to loyal fans, but there are still too many questions to be answered. 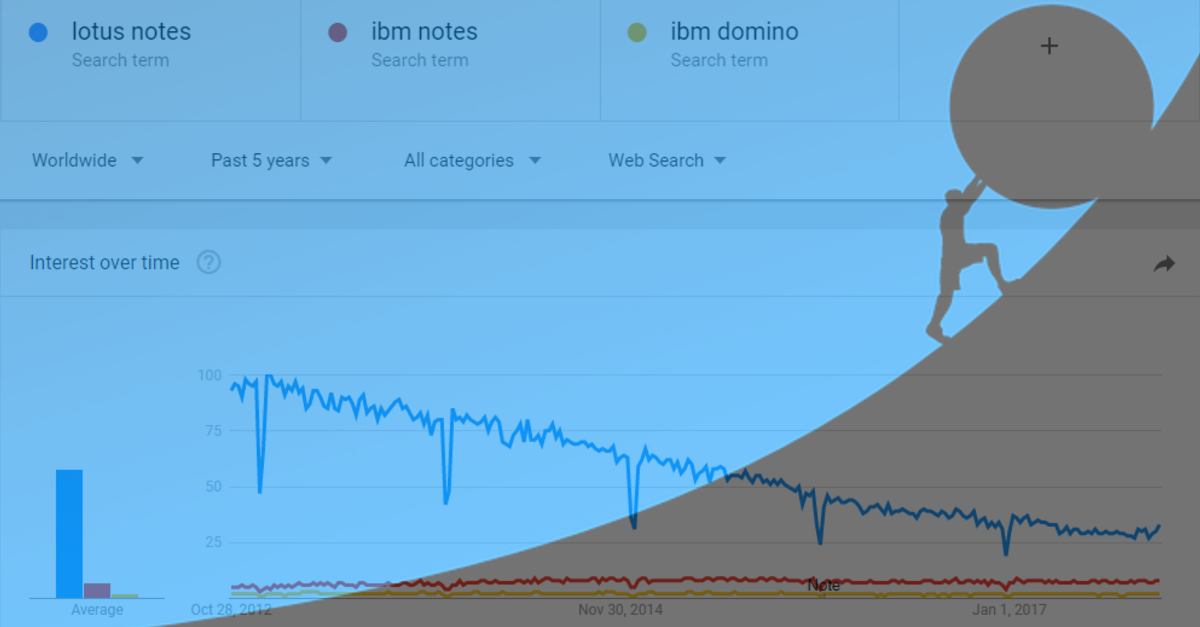 What does it really mean to invest in building a major release, Domino 10, in 2018, ten years after the previous major release 8.5? Yes, I know there was Notes 9, but 8.5 from 2008 was the last major release if you ask me. Is this IBM initiative a genuinely bold move, even a new beginning as IBM wants us to believe, or is it just an endgame as Volker anticipates?

Here’s a litmus test. There is no way to recover the platform just by putting it in maintenance mode. So, how do you make your remaining customer base believe it is still a vital platform? By bringing in NEW customers! But how does one do that with a product that has been on the decline for so many years?

In this way: by performing a radical change and by getting back to the roots. This, of course, requires bold repositioning, as well as many cuts and some compromises. But wouldn’t it be great if IBM repositioned the product in 2018 to meet market expectations in, for example, this way:

IBM Domino 10 is a low-code NoSQL platform for power users.

Radical change to perform: Ditch the Notes client and LotusScript, reinvent the IDE, and sacrifice the application compatibility, but provide tools for smooth upgrades.

Is this easy? No, it is not. It is nearly impossible. Everything seems to be stacked up against IBM at this time: the brand, the market landscape, the software architecture, and the “innovator’s dilemma”. I guess even the allocated budget is insufficient.

But the most important indicator that this is not going to work can be found in the #Domino2025 initiative itself and that is the lack of product vision. You cannot ask the community where to go with your product ten years after the last major release. Either you know what your direction will be, or you do not. There is no such thing as outsourced leadership. Perhaps you can outsource your product development, but you cannot outsource creating your product vision.

Other opinions: “Ask the Expert“