In this interview, Paul Withers shares his opinions about IBM Domino 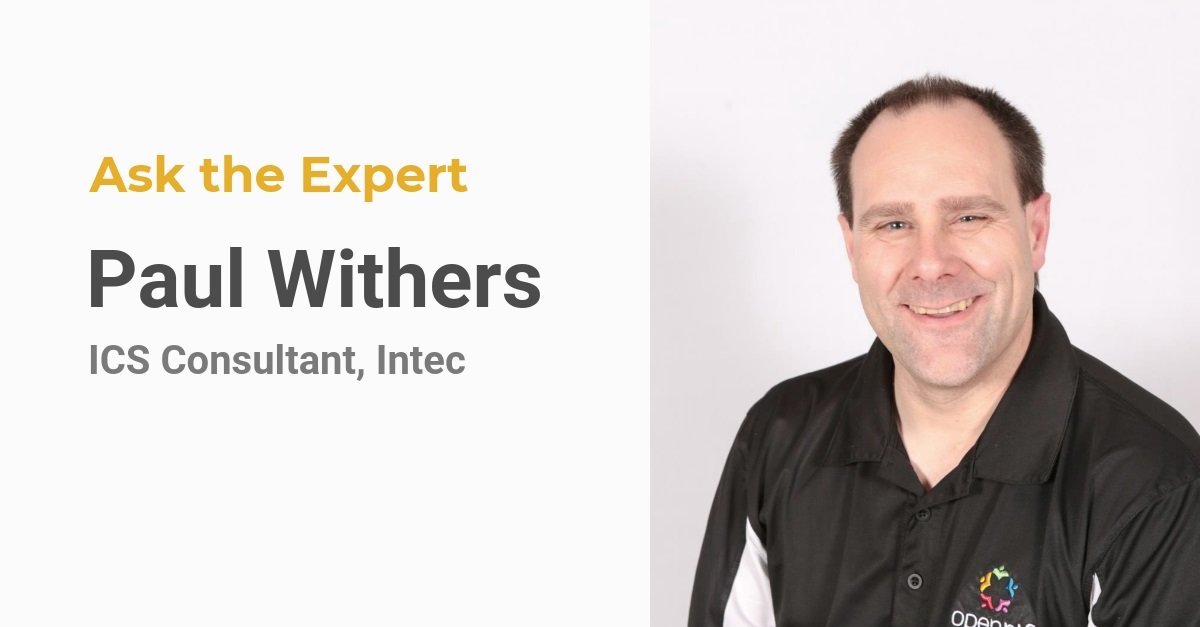 Where do you see IBM Notes/Domino in 5 years?

PW: IBM Notes/Domino is incorrectly compared to various technologies – NoSQL, other email packages etc. It’s much more than any of this, which is why customers have struggled to replace it.

The biggest strengths are as middleware for rapid development of custom workflow applications with strong security, connected or offline. Some key commitments have recently been announced, with HCL developing NodeJS modules for Domino, the knowledge to extend the vast range of APIs to performant JavaScript APIs and IBM’s desire to bring free and tiered access to the NSF in the cloud, and HCL’s commitment to both existing and new open source communities.

This could provide a strong foundation for Domino to be a competitor for existing NoSQL platforms. With every new leak of information, security becomes a more significant factor for enterprises and Domino’s ability to secure and encrypt to field level out-of-the-box is something not available in the competition. IBM, HCL and the community need to be speaking about the platform at non-IBM and non-ICS events.

Training and documentation needs to be modernised as well, possibly through open badges. But the steps being taken give scope for a new development audience and new opportunities for expanding development teams, avoiding costly migrations and loss of business application knowledge.

The biggest strength is the ROI of Domino.

The future for Java developers is not as clear at this time because, rightly, emphasis at this time is on JavaScript development with Domino. But XPages can have a future and if enhancements to the underlying platform are exposed in a way Java developers can leverage. The biggest strength of XPages is the stability of the development framework. If it’s possible to move away from Dojo to jQuery as a base, that would open up a significant limitation. And by going back to the roots of the platform, there are other areas I expect the product to grow as well.

A platform that is a strong competitor on low code and a strong platform for “full-code” development could be a big player.

I’m afraid the cost and burden will be borne by customers, with the potential for significant disillusionment with the development community and business critical applications that suddenly stop working. In the meantime, XPages applications built five years ago will, with relatively small ongoing support, still just work. Notes Client applications will also still just work.

IBM/HCL team’s intention is to “go back to the genesis of the product”. How do you interpret this intention? What are your expectations?

PW: I’m expecting this to come to market through low code development and rapid application development. The discussions at Engage brought to this a refreshing “blue-sky” approach. A platform that is a strong competitor on low code and a strong platform for “full-code” development could be a big player. Some areas would need devolving from IBM / HCL and it would require a strong partnership with open source communities. But the movements so far, although very much in their infancy, are encouraging. The key is, as always, on delivering to the expectation.

What do you think about IBM DAC (IBM Domino Applications on Cloud)? What will be the primary driver for companies to move their Domino apps to IBM Cloud?

PW: DAC finally gives an IBM-supported option for applications, as a complimentary offering for Verse in Connections Cloud. I expect IBM to be competitive on pricing, especially with HCL announcing a similar SaaS Domino offering at Engage. These offer an additional option, particularly for business partners looking to offer managed hosting for customers.

I’m not sure what the primary driver will be – the servers still need setting up and administering. DAC may be more attractive for smaller customers wanting to avoid hardware costs. Local data centres and the IBM name may also encourage some customers. But I fully expect some to stay on premises.

The announcement of an intention to offer a free / tiered offering builds for the attempt in Domino 10 to appeal to JavaScript developers outside the “yellow bubble” and is needed to compete with other NoSQL databases. It will be interesting to see if this offering and licensing allows it to finally be used as an IBM Cloud service, as developers expected to get with XPages on Bluemix.

What are your key concerns regarding GDPR and Domino data? Are you currently involved in any activities related to GDPR?

PW: I’m not heavily involved in GDPR, but it’s predominantly about processes not platforms. And any companies who have tried to make a business out of claiming Domino can’t support GDPR are just scaremongering. Anyone who knows anything about Domino knows that of course it’s possible to search any NSF and find information relating to an individual and remove or anonymise it. How it’s done and how easily are a different matter. But a company with competent developers and a good understanding of their Domino servers can address any requirements.

How successful are organizations today in managing the application life cycle across their complex application portfolios, including Notes and Domino applications?

PW: I’m not sure if I have the level of exposure to judge that. Notes Client or traditional Domino web applications still have some issues around round-tripping that affect use of source control. But source control is standard in my XPages applications, OSGi plugins etc.

Automated testing and building is an area I think most Domino developers do not have skills in and I’m not sure whether larger organisations try to cross-pollenate those skills – it requires good knowledge on both sides. There is limited blogging on it.

I’ve used JIRA and GitHub issues for issue tracking and task management for a while, but I’m not sure how widely the knowledge is. There is a degree of upskilling required for developers for all these areas and some NotesIn9 and other videos already available. It’s an area a number of people are aware of and have a desire to address. But it also needs a commitment from developers and companies to want to learn. As the saying goes, you can lead a horse to water but you can’t make it drink!

What are your main responsibilities at Intec?

PW: Intec has a broad focus across ICS, including Kenexa. My work is around development services. Historically this has concentrated on IBM Domino, but has spread into Connections, Watson and beyond into other development aspects like Websphere Liberty Profile (now open sourced as OpenLiberty), Vaadin, NodeJS, Node-RED and more.

Paul Withers is an IBM Lifetime Champion, has been an OpenNTF Board Member since 2013, has worked with Domino since R4.5, XPages since 2009, co-authored XPages Extension Library and was technical editor for Mastering XPages 2nd Edition. He is one of the developers on OpenNTF Domino API as well as contributor to a variety of other OpenNTF projects. For full bio, see https://paulswithers.github.io/professional/